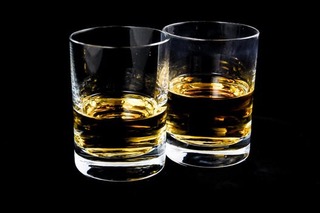 I raised one finger that meant two more. One Blanton bourbon, one Bulleit rye. I’d lost count by then.

I drank mine with rocks and a splash, thinking I was getting at least a little water into my system. He drank his neat. I’d had a dull ache haloing my head for three days, like I’d been wearing a hat two sizes too small.

We hadn’t said a word in 10 minutes. Talked out over the past several days. The silence wasn’t comfortable but it was better than what we were both thinking.

We were thinking about death.

It was down to the two of us now. Our group had started out as 11. Close friends, fraternity buddies and unlike most relationships that start in college, we didn’t let go. We made it through the 60s with sporadic correspondence. A wedding here, a reunion back on campus there.

Even when we began to scatter across the country, we kept in marginal contact. Before cell phones and cyberspace, we managed Christmas cards and phone calls.

When the 70s rolled around, we finally figured out we hadn’t made any better friendships, so we planned excursions to renew ours. A houseboat trip on a lake—we did that one every year until we got bored with cooking all our own meals. A dude ranch out West—three squares a day suited us fine. Until our knees, backs and butts started to complain loudly. Vegas, Nashville, NYC and Key West made the cut. Any place men could enjoy themselves without women. No girls allowed.

We lost one early on—a drug overdose. Fuck Nancy Reagan—just say no is a lovely, catchy, little two-bit phrase that holds no quarter in the real world. One down.

Two of us died on the inside first. No outside marks, no scars, nothing visible. But no flame in the lantern. It was easy to blame the little wifey, pussy-whipping them into submission, but I always thought they took the easy way out. Don’t complain, don’t argue, just take it like a man. With no spine—that’s the way I see it. Both died early, almost like they were ready for it to end. Maybe it beat the alternative. Two more down.

A train splattered one. A freaking train! We never got the whole story from his family. Something about trying to rescue the family dog stuck on the tracks. Don’t get me wrong, I love the little pooches, but I never bought that shit. What kind of hell must you be living through to let the front side of a freaking mile-long coal train deliver you to the Promised Land? And how come I never knew that he was thinking about taking that trip? That hurts more than being lied to. Families can invent fabrications to cover up little tragedies and if it makes it a little easier to swallow, have at it, I say. Who’s it gonna hurt? The dearly departed? The dearly splattered?

I got a two-inch tattoo of train tracks on my left calf as a tribute. Or maybe just a grisly reminder of how close the train always is. To any of us.

Cancer ate up three of us. All the money all the world has spent on cancer and where are we? All the people dying, just like they’ve always been dying. Slow, horrible, painful deaths.  And our fighting campaigns? Surgery, butchery. Or kill it with chemo—all the while trying not to kill us. Take us to the edge but don’t push us over. Two I couldn’t even visit, it happened so quickly. The one I did—on his deathbed—all I could think of was that I was damn sure glad it wasn’t me lying there. How’s that for friendship? And then I was thinking that he might ask me to go find a gun and end it sooner rather than later. Geez—if he’d have asked, I might’ve considered it. How’s that for friendship?

One died in a car crash; one died when his heart exploded. Just luck of the draw I suppose. Their time. They didn’t have much to say about it.

If you’re keeping track, now were back to the two of us. He’s the one that played by the rules: married early, had kids, worked for one company for 40 odd years or so. Me? None of the above.
No wifey, no kiddoes, no pension. Never met a rule I couldn’t break.

He’s healthier than me. He’s got a brand new hip and I’m hobbling from that motorcycle crash. He works out four times a week. I use that Bowflex I bought on MTV as a mannequin for the only sports coat I own. He eats paleo; I crave donuts. He detoxes three times a year. I’d hate to see my liver in a scan. He breathes clean air from his mountain home. I’ve seen my chest x-rays and they ain’t pretty.

He’s smarter than me, too. Got a master’s and a law degree. I tried Dale Carnegie courses after college.

So we sit on these barstools. We’re hoping to hang on, win the race, outlast them all. But we really don’t want to be sitting on the next barstool all alone. Neither of us wants to be the last one. But we don’t want to be the next to last one either. But if you had to choose…

So I suspect we’re both thinking the same thing in this silence. I think I’m stronger than he is. Health has nothing to do with it. Wisdom neither. It’s all about strength—the will to live.

As the halo tightens around my head, I slip one hand down and grab hold of the barstool, hanging on for dear life.